Skip to content
Steve Lavin Removals > Moving Tips > What Advice Would You Give an American Moving to Sydney, Australia

What Advice Would You Give an American Moving to Sydney, Australia

Do you think you’re ready to start a new life in Sydney, Australia? Or do you want to make sure that Sydney is the perfect city for you before accepting a job offer that could change your life?

Whatever your reason for moving from the US to Down Under, make sure you’re well prepared before flying to New South Wales with our checklist of things to know before moving to Sydney.

If you are an American moving to Sydney, this post is intended to act as a guide to living in Sydney – every nugget of information, but in a streamlined format to make your relocation less stressful. 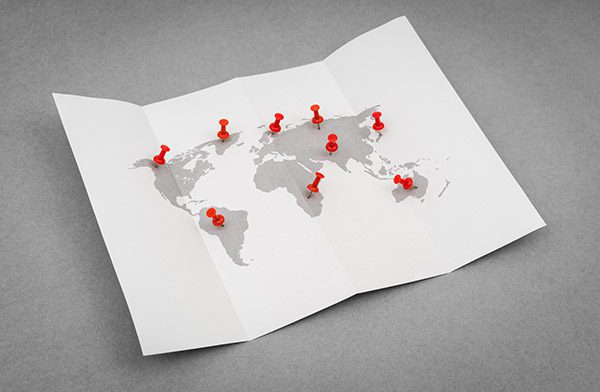 Sydney is Australia’s largest and most populated city, with a population of 5,367,206 people by 2020 count – nearly one-third of whom were born overseas – according to Macrotrends. The city has 658 suburbs, 40 local government districts, and 15 contiguous regions.

Sydney is also the capital of the Australian state of New South Wales (NSW). The residents of Sydney go by the nickname “Sydneysiders”. It’s no secret that Sydney and Melbourne have a long-standing rivalry, but Sydney shines out in a variety of ways.

With a mild climate, one of the world’s prettiest natural harbors and 150 miles of breathtaking coastline, Sydney is a great place to live in. It is also recognized for its thriving arts and culture scene, mouth-watering culinary delights, a laid-back vibe, and over 400 parks.

This city has a wide range of transportation options that all run consistently. All you need is an Opal card to make use of them. Find out more on the official transport website of the NSW government.

As a bonus, Sydney employs the simple tap-to-pay system, which means you don’t even have to carry around physical cards; you can link everything through Apple or Google Pay on your smartphone, and scan on or off the trains as well.

Since currency is exclusively used for outside marketplaces, tap-to-pay makes it easy to pay for products in general.

Expect an Opposite Climate

Weather and geography buffs may be aware that the seasons in the northern and southern hemispheres are reversed. Going abroad during a scorching summer in the United States? You can expect a more somber and dreary Australian winter.

However, considering that the weather in Australia doesn’t fluctuate much, the change may not be a major concern.

When it comes to white Christmases, though, you’ll be disappointed because temperatures in late December can reach 30°C (86°F).

Australians Drive on the “Wrong” Side

Yes, Australians drive on the left side of the road. A nice and straightforward rule but easy to overlook. Road rules in Australia require driving on the left-hand side of the road (left-hand drive). Even while it would be lovely if the world could agree on this, humans are notoriously stubborn.

You may be wondering why Australians drive on the left. Well, Australia was once a British colony, and as a result, many of its laws were influenced by British law. When roads were built in the early days of Britain, people rode horses on the left side because you never knew who you’d run across.

The driving rule still persists in most of the former British colonies except the US.

It doesn’t matter if you’re for or against gun legislation, you should know that Australia’s gun laws are very severe so you need to be very careful with this. It’s not like in the US.

The National Firearms Agreement, which limits possession and purchase of some guns, has been enforced in Australia since 1996 after a mass shooting occurred on the island of Tasmania.

So don’t bother to pack and bring along your automatic rifles when coming to Sydney or any other Australian city for that matter.

Packing and Shipping Your Belongings

Moving to Australia is more expensive than you might expect, especially when it comes to moving your goods.

Shipping to Australia isn’t the only expense; you’ll also have to pay customs duties and taxes when your shipping containers arrive.

The good news is that the international movers handling your move will provide you with an in-house moving quote. Talk to a professional moving company like Steve Lavin Removals to get an obligation free quote.

If you’re from a native English-speaking country, Sydney is much easier to acclimatize with than many other cities.

The general atmosphere is a bit more relaxed than in the UK, Canada, or the US, but you won’t have many culture shocks to prepare for when you come to Sydney.

Keep an open mind, don’t be judgmental, and you’ll definitely love being a new Sydneysider.